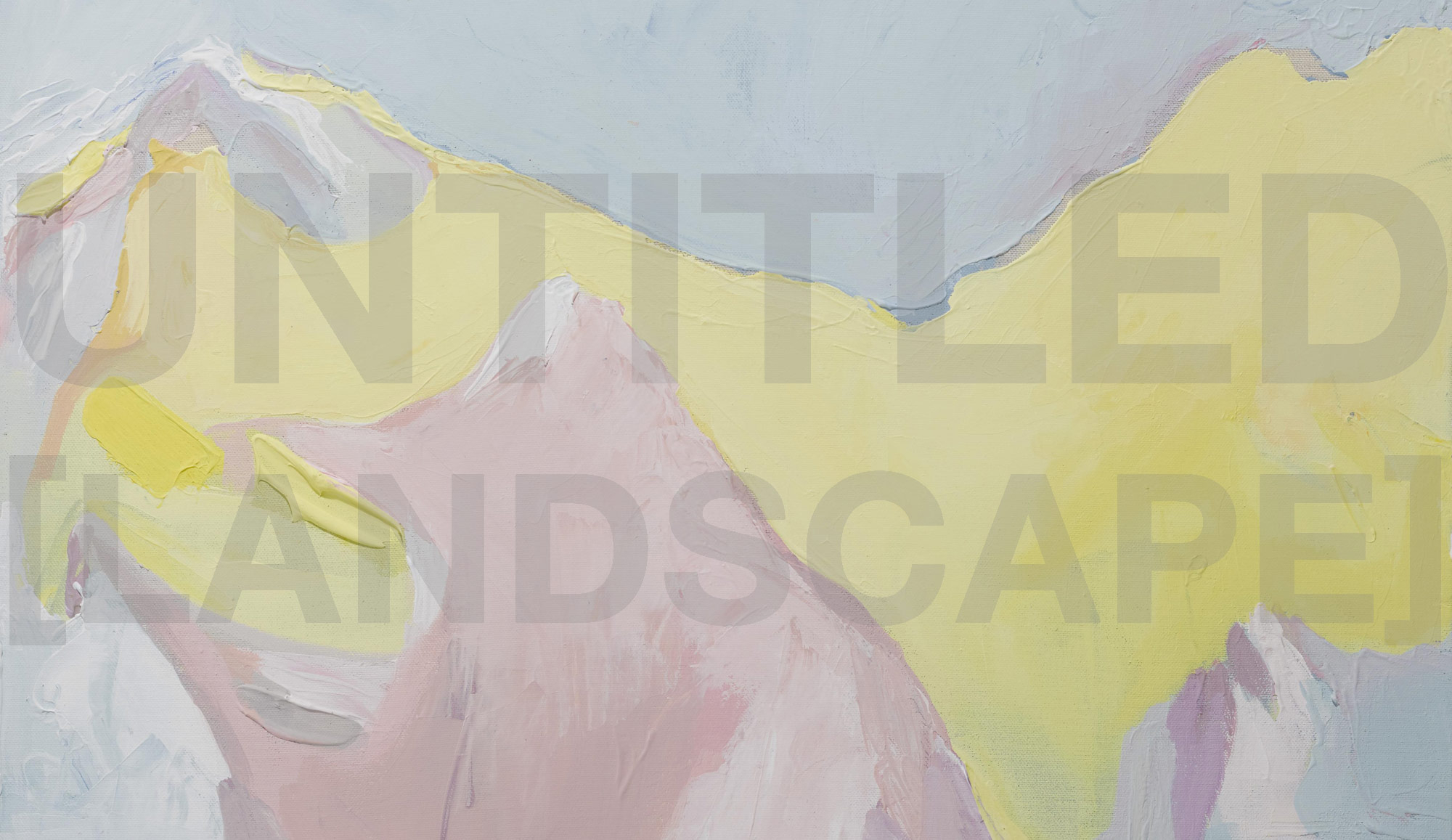 A full-colour catalogue accompanies this touring exhibition.
To request a hardcopy, please EMAIL ME HERE.
To download, CLICK HERE OR HERE FOR A VERSION AS GAEILGE
To read Dr Kelly’s potted history of landscape painting in Ireland, CLICK HERE.

Image above: detail of Landscape (I) by Rachel Mc Ging

What’s in a name?  In the hope of being nonprescriptive and in recognition of the multifarious nature of the genre, we have called this exhibition Untitled [landscape].  ‘Untitled’ has been No.1 on the fine art appellation hit parade since the early 20th century—not bad for a sort of anti-title.  Before this—although dealers, keepers and collectors often gave artworks descriptive names to demarcate them—it was uncommon for artists to specifically title artworks, as it was expected that artistic subjects would be recognised by their learned, high-society viewers.  With the opening of collections to the public and as smaller, portable works became more common, audiences grew and the need to title works with it.  These days, Untitled might seem like a fudge, but it is a more generous act than it at first seems, inviting open interpretations.  The word actively recognises the potential to caption, but politely declines to elaborate, leaving the artwork to speak for itself.

In the 18th century, art hiked on from its erstwhile beauty spots, to find other views that might more suit the concerns of the modern psyche.  It recognised the unsettling chaos of the wilderness, a visual anarchy that scraped its fingers across the blackboard upon which centuries of pictorial rules are written in our collective memories.  This idea of the ‘sublime’ in nature has been talked about since the late 17th century—including, as Dr Kelly notes in her text, by the Irish philosopher Edmund Burke—and is still here relevant today.  Antithetical to the pure joy of aesthetic beauty, and distant from the rustic ideals of the picturesque landscape—both largely outmoded in contemporary artistic practice—the sublime presents scenes which induce a frightening awe, caused by the power and unpredictability of nature and our tenuous place in the world.  While such fear is a terrifying and negative experience in real life, at the remove of artistic representations, this awe can be compelling and trilling.  To appreciate the influence of the sublime, one only has to look at the visual language of car advertisements to know that the contemporary western mind comes with doom preloaded on a timeline of continual imminence.  Since the postwar period, the sublime has evolved and proliferated through culture into the cracks that modern fear expands, mostly traceable back to a disquiet in political and social realities.

As I sit writing this, gardeners are landscaping the green area across from my window—taming unchecked growth and adding species according to best-laid, yet fanciful plans.  Nature is simple, but our expectations of it are not.  We shape it to reflect both our fancy and our idea of the axis between beauty and order, which brings us to the important distinction between land and landscape: the former being objective, the latter subjective.  The once codified arena of emblem and allegory in art has lost much of its certainty, with symbolism in the contemporary landscape becoming more intimate to the individual artist, yet disparate in its subjects.  The artworks gathered here feature thirty idiosyncratic views of nature; each scape contoured somewhat to the code of a personal iconography.  We see vistas charged with politics, humour, memory, gender, and often by an introverted look at the workings of picture construction, whether analogue or digital.  With modern scientific understanding, artists play with the mechanics of light and deconstruct the process of the printed image.  They utilise texts, from whispered to emblazoned, in challenging ways.  And through it all, visually articulate the internal topography of their imaginations.