Picture a flag. Imagine it bears your colours. In your configuration. No family crests, officious insignia, or figurative depictions. Just your own, personal abstraction / When Ardal O’Hanlon was on RTÉ’s Late Late Show to champion Sean Scully’s Wall of Light Orange Yellow in a tie-in for the 2012 TV programme Masterpiece: Ireland’s Favourite Painting he readily admitted it was an impossible sell. ‘People hate that’ he assured us of the work / The relationship between sculpture and walls in a gallery context is most commonly a mixture of demarcation and work being provided a neutral vertical backdrop, rarely extending to physical dependence, conceptual support or aesthetic necessity / Your flag is lying on the floor / We have found that artwork which is too sympathetic to interior workspaces can become invulnerable to theft, being utterly invisible / When the ‘personal space’ of sculpture is hemmed by an additional plane there can be a co-adoption between the two. It is often an anomaly – not there to augment a gallery environment, but to annex part of its space (& time) as a temporary egress for viewers / A Neanderthal male and female walk into a clearing in the forest. Before them, a modernist domestic dwelling of the International Style. They enter the white building / Your flag is flying at the top of a flagpole / Our relationship to sculpture is largely based upon the x/y axis of the horizontal plane – our everyday form and positions gravitationally bound / We embrace the possibility of failure, even when cogent offers abound to join dots left floating for us / It goes that if artworks have a job, this is telling a story, imbuing a message, recording something for prosperity. Many assume these abilities are defunct in abstraction / Any sufficiently advanced technology is indistinguishable from magic / On the one hand, a simple proposition – an elemental visual lexicon full of possibility. On the other, frustratingly esoteric visual gibberish / Your flag is pinned to a wall, displaying its form clearly, its staff 30° to the horizon. 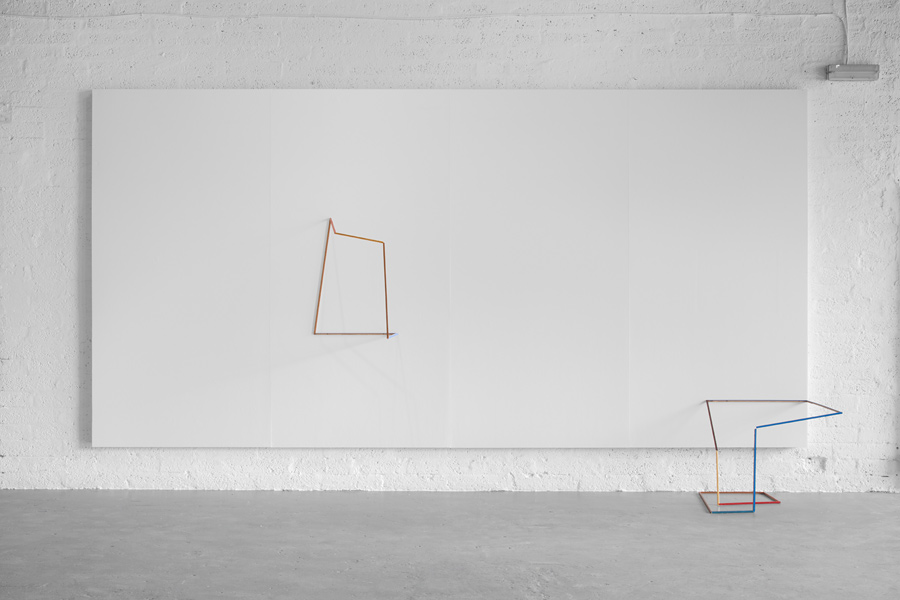 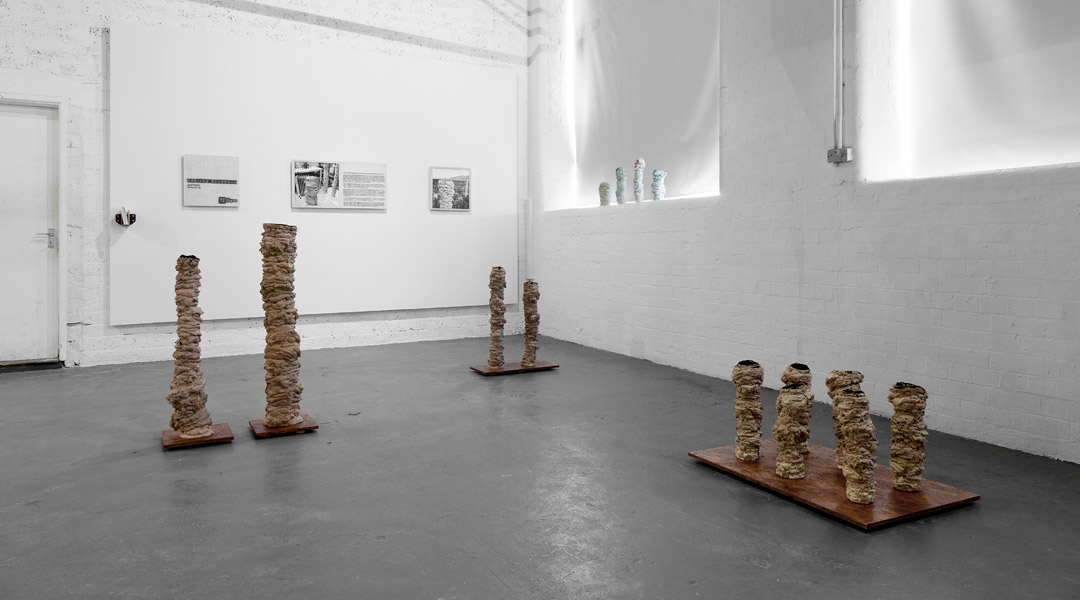 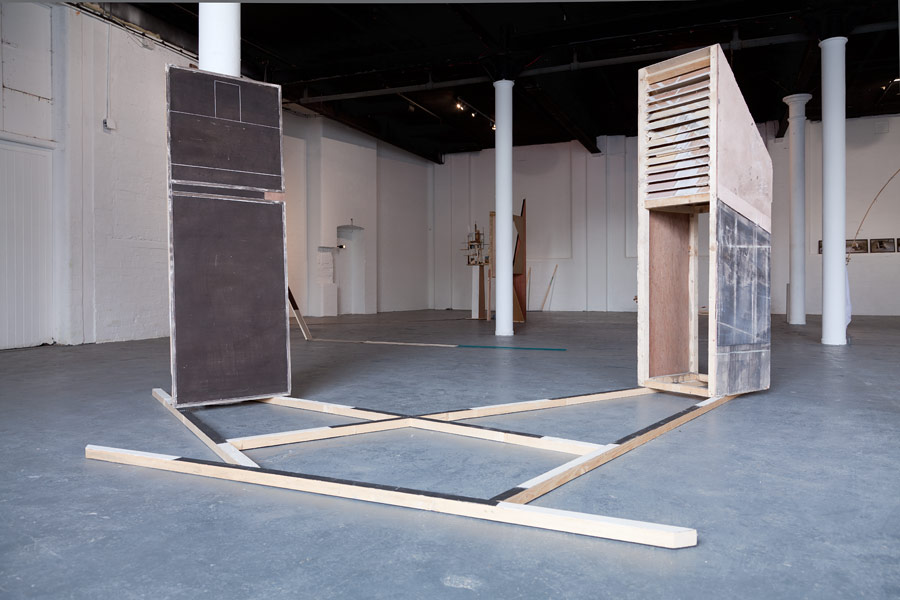 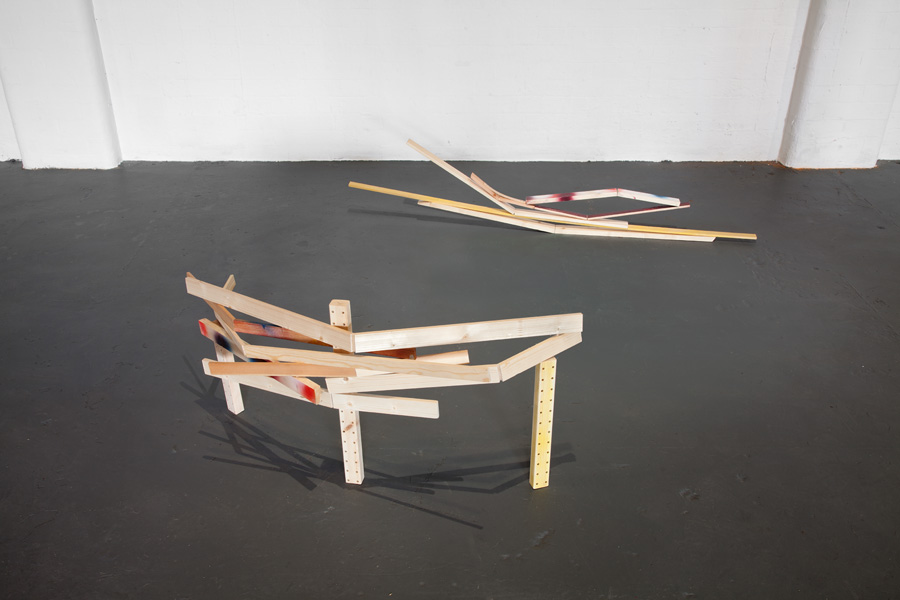 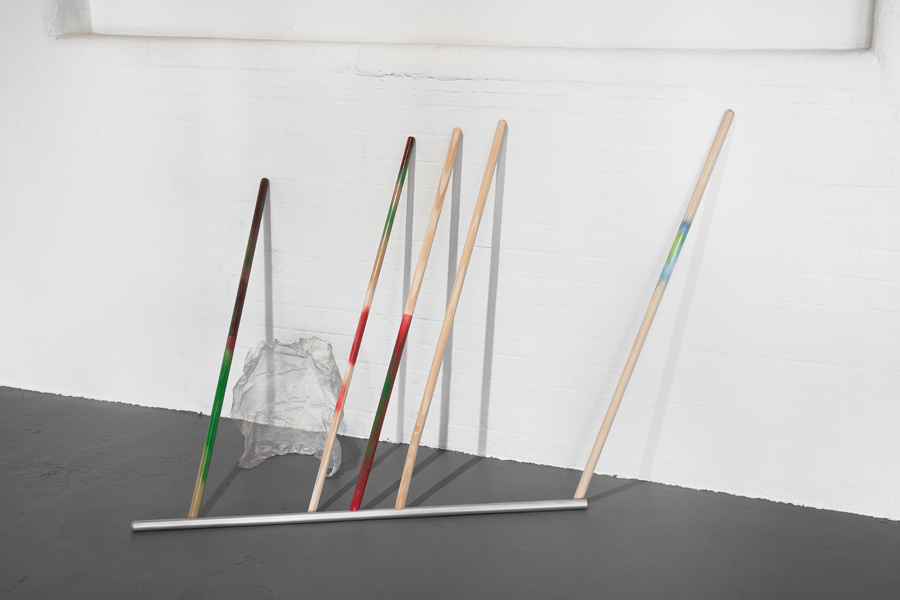 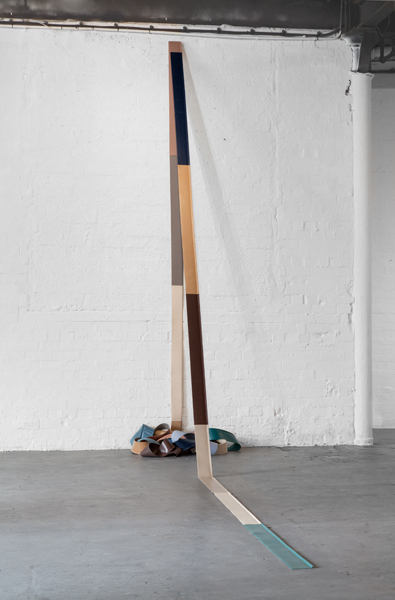 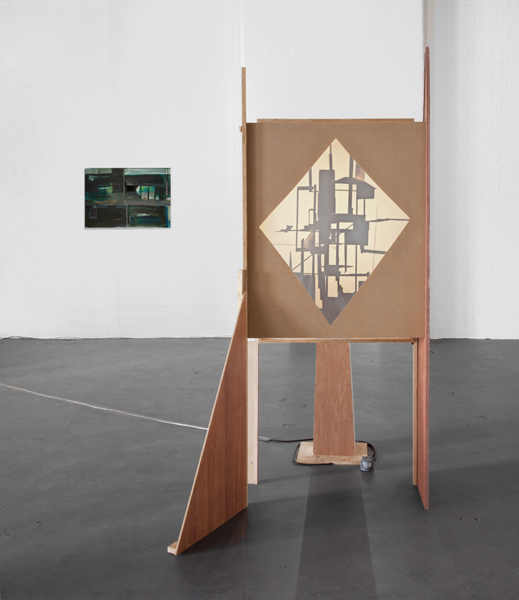 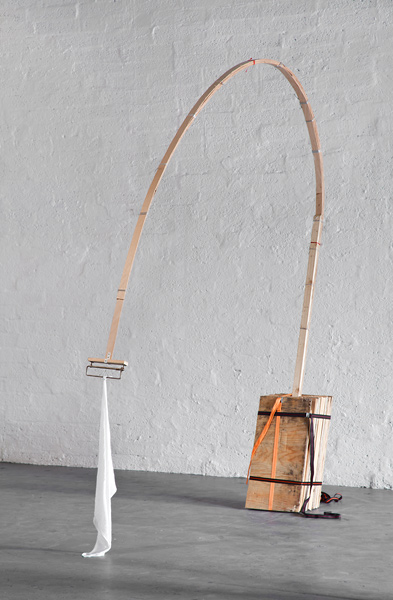 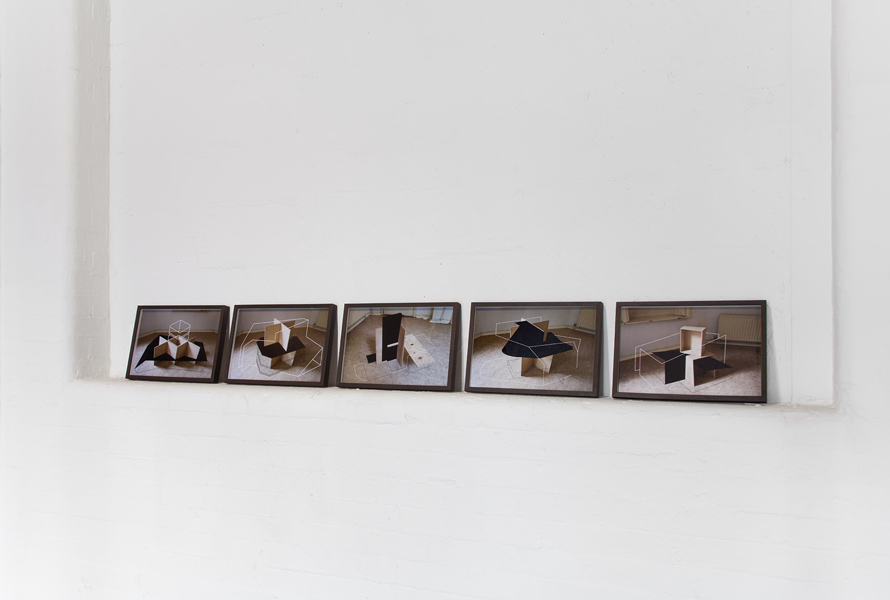 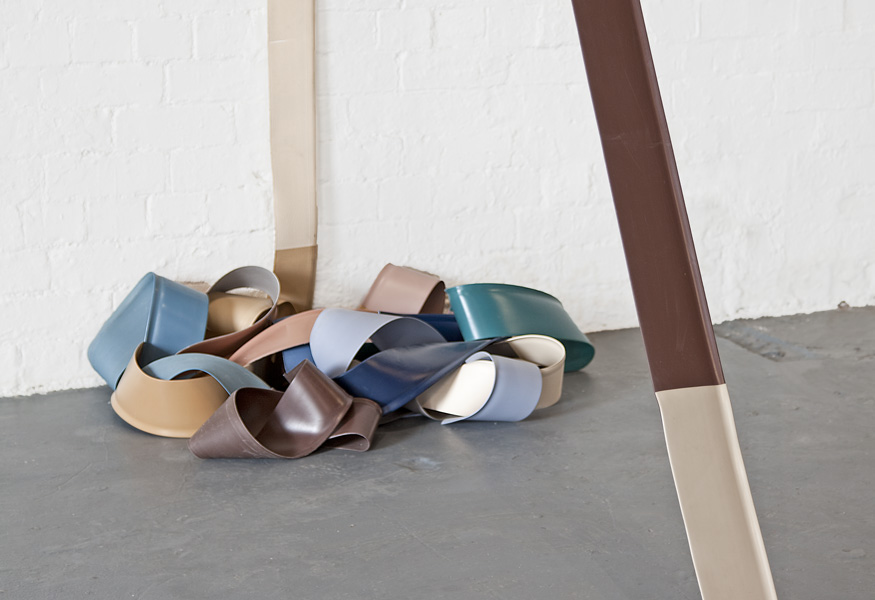