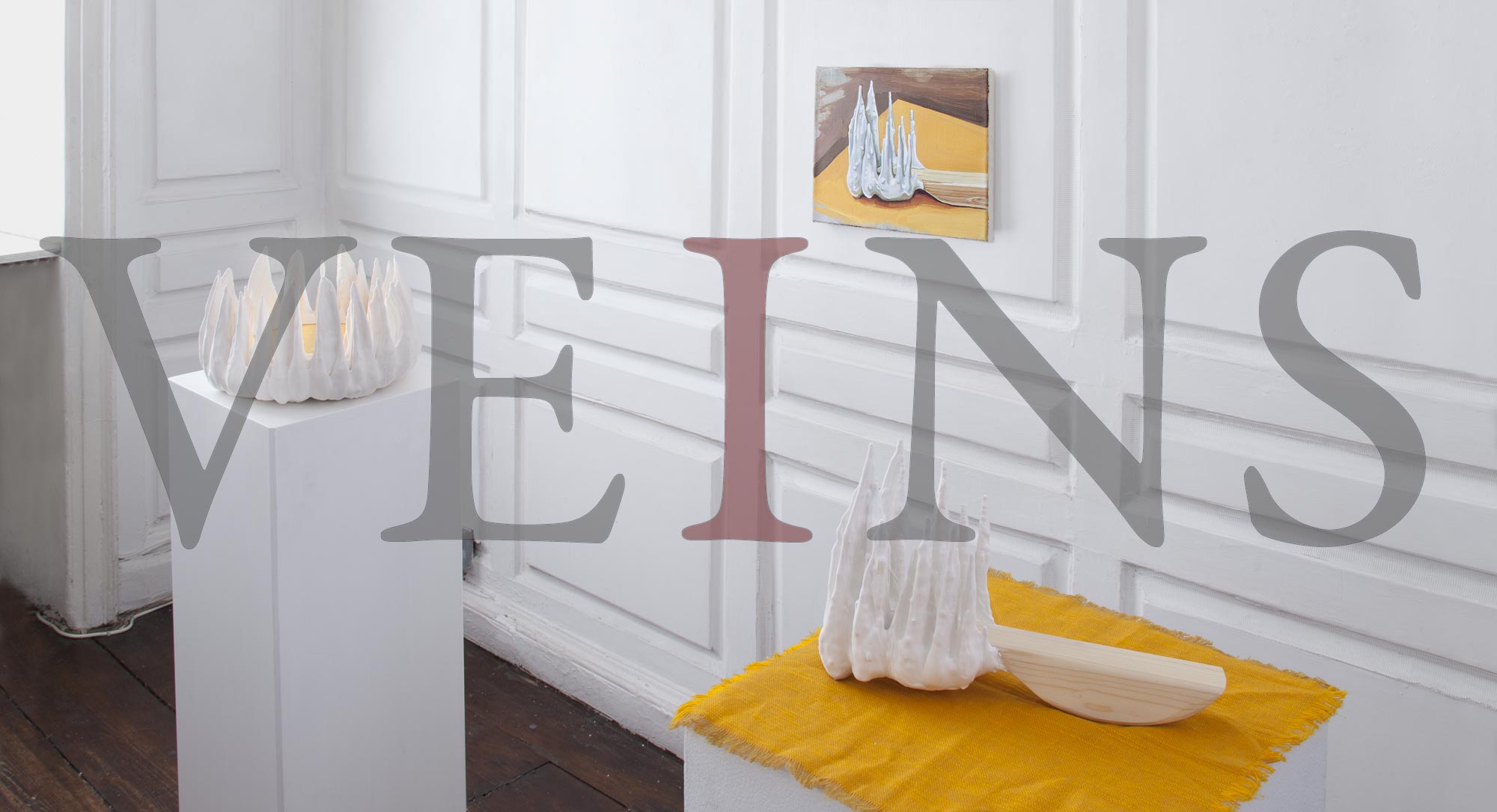 Veins peels back the layers to reveal seven artists, the materiality of whose work is pitched variously, between painterly sculpture and sculptural painting, taking in anatomy lessons, the collective unconscious and the music of chance along the way.

It’s what’s inside that counts. Susan Connolly’s works on canvas ponder the anatomy of painting on both aesthetic and conceptual levels, unpacking the medium less by deconstruction than a cross-sectional slice through the heart of the image. She does this not to validate some premeditated theory, but out of sheer artistic curiosity, and the questions continue to write themselves.

Cecilia Danell’s practice draws on Jung’s idea of universal subconscious archetypes and their potential to reveal themselves through imagery. Here, Plaster Study and Tentative Method could be seen as a meta-referential loop and Journey to the Centre an example of micro formations pointing to macro ones in terms of how imagination deals with myth and memory.

The form of Gemma Fitzpatrick’s sleek, complex and beautiful sculptures is typically dictated by personally collected statistical data. Whether these lines are swarming in upon a conclusion is perhaps moot. Data could be considered antithetical in the application of aesthetics and it takes a dexterous hand to make it work so well. Here, Fitzpatrick uses the physical detritus of the studio process to create a more instinctual assemblage.

An equal opportunities fetishist, materiality is central to the work of Helen Hughes, who explicitly switches the importance of form over function in the component elements of her sculptures. Just as she utilises mass-produced goods physically, her titles are found and borrowed from a number of (typically mass-media) sources. Whether it is true there is latent beauty in everything, Hughes is unfailing in her ability to find it.

Riin Kaljurand creates images by preparing a variety of paint types into flat, semi-solid states. These malleable sheets are then sliced, imprinted and arranged into her multi-layered compositions looking at the construction of feminine social roles in the Soviet bloc up until the late eighties.

One could consider Eimear Murphy’s concrete works, which call to mind slices from an architectural dissection, as paintings in which the support encases and binds the pigment simultaneously. That Murphy has worked in construction should come as no surprise, her works showing the hand of the artisan both guiding and guided by that of the artist.

Doireann Ni Ghrioghair’s work in Veins is from her Ruins series. Referencing the monumental in architecture with willingly irreverent elemental forms – perhaps calling to mind childhood building blocks – Ní Ghroighair’s playfully flawed use of material calls into question the power which her source material claims.